Right next to Fort 8 there is Ósmy Park, a park that was established on the green area of a historical fortification: Fort VIII Służew. The lay of the land is characteristic for military entrenchments. The main axis is the fortification embankment with a moat alongside it. It is its former, historical function which makes this place so unique and charming, compared to other Warsaw parks.

In 2005 Fort VIII Służew was bought from Military Property Agency and was being thoroughly revitalised between 2015 and 2019. Before, the green areas had been only partially accessible, due to thick greenery. The place was also in need of removing debris which had accumulated over time, as well as proper maintenance and upkeep. The greenery was harnessed, however the old-growth trees were kept, as were all the beautiful, strong fruit trees, including the branchy plum tree.

The task was challenging, as most of the work couldn’t be done with the use of heavy machinery – the lay of the landscape would not allow it. The bottom of the moat was full of old tree logs which had to be removed one by one. Then, in such pre-prepared space the walking paths were created, as well as wooden stairs, recreational areas, etc. Ósmy Park offers (among other facilities) a playground for children, an outdoor gym, a table tennis area, and wooden arbors where you can organise a barbecue, and, finally, community gardens.

Turret Group Development revitalised Ósmy Park with the intention of giving it back to the local community. The area is currently managed by Fundacja Laetitia (Laetitia Foundation) – the park’s administrator. Such legal state is temporary, we intend to hand it over to Ursynów (district of the capital city of Warsaw). We are hoping for this to be a successful process and that the Park will be open to all visitors soon. Since 1st September the park is open during the day, however, due to security reasons, it is closed after dark. Entering the premises means observing the rules and regulations concerning the area.

The Board of Turret Development Group 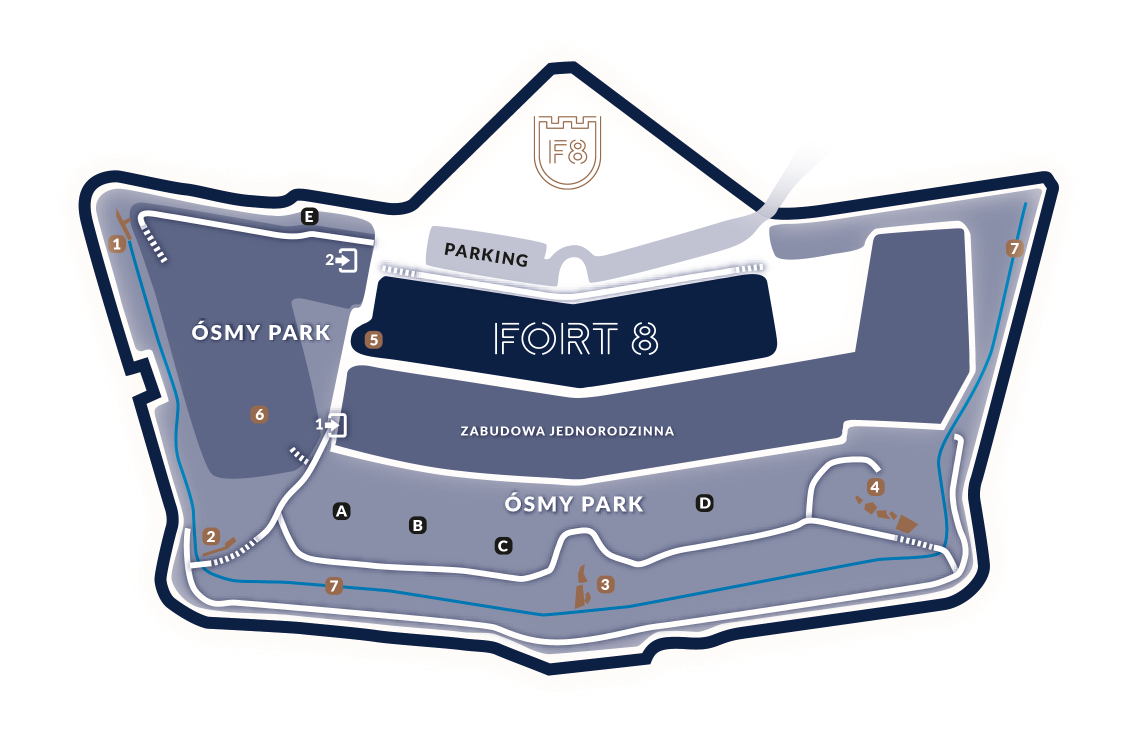